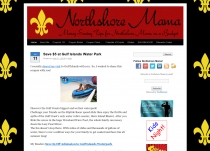 I was given the opportunity to receive and review one of this year's "top toys". It's one of those mouthpiece games that were so popular last year. But, as with anything, when something is a hot ticket one year, you have to step it up the next year.

So, if you are familiar with the various games from last year, you put these expanders inside your lips so that you can't move your mouth at all. Then, you have to read a phrase on a card. If it has P, B, V or M in the word...that's when things get interesting.

So, this particular game has gone "Extra" as they say now. It is SO EXTRA, y'all!  Just look in the box! There are EXTRA mouthpieces...that was nice! There are straws, balls, party blowers and two different card types.

Rather than just try to read a card, you may have to BLOW a card across the table...with a straw between your teeth.....with that expander in your mouth.  And you are competing with another player in these challenges, so they are also trying to blow the card at you!

Each player pulls a Throwdown card with some type of challenge. Rolling a die of sorts, tells the player who their opponent will be.  Some of the challenges include reading a phrase from a card as well, but others may require that you make up what you say for yourself. We had to sing a song that the others would recognize, write down a 4 word phrase that the opponent had to say. So, it is WAY more than just read this card.

My husband and son had to write their street with a pencil in their teeth!

We played for about 30-40 minutes and here are some tips that I should share:

If your family is like mine and has a tradition of playing games that make you laugh until you HURT on holidays, then this one is a MUST! We only played for about 30-40 minutes because we were all just dying!

**Throwdown Edition has already been Awarded Top Holiday Toy of 2017 by Toy Insider & selected for the 2017 Amazon Holiday Toy List.

Leave a Comment
submit a review Join our blog team

Proud Member of The US Family Guide Network